The Double Down mural is the most enduring artifact of the CPS. It is a sketch of the character of juxtaposition that we worked to create in shows, so we could present the work of the widest variety of performers.

Down the road at the Double Down there was going to be some morning when there would be no DD left at the end of a punk show. Perhaps we could paint the place in a way that would encourage people to show respect for it. Another club, T Mex, had showed a couple years back how good such murals could look. But T-Mex had flared and been erased in something like a year.

Moss gave us a lot of incentive to work on the project by giving us no directives about what he expected us to do. Moss would cover the cost of our materials and all the beer we could drink.

Probably Moss had estimated that only John Emmons among us might have the ambition to fully exploit this offer. But it was John whose work over the entire Double Down ceiling provided the primary unity across the whole room.

Mike Romano wandered in and offered us some sketches of a proposed addition to the project. He had drawn his sketches on a torn paper grocery sack. This was the most down-and-out artist I had ever met. He needed a big surface to work on immediately. We gave him the entirety of the women's bathroom, which he finished in perhaps in two days.

We told him a key to the whole project was his to work on next; the front door foyer. Inevitably he sketched a vast arabesque of thorns to be the first large image greeting DD visitors. There are marketers who might have paused before making such a choice. We said, "Start right now!" But first he had to take care of some business. We never saw him again.

K.D. Matheson was the one of us who had also had work of his at T-Mex. Magda Seitz went on to paint the signature mural at Enigma Garden Café. A couple years later, Elizabeth Blau brought a touch of Weimar to the happy stew.

New artists continue to add work to the space, The Committee for Public Safety at work in the present day. 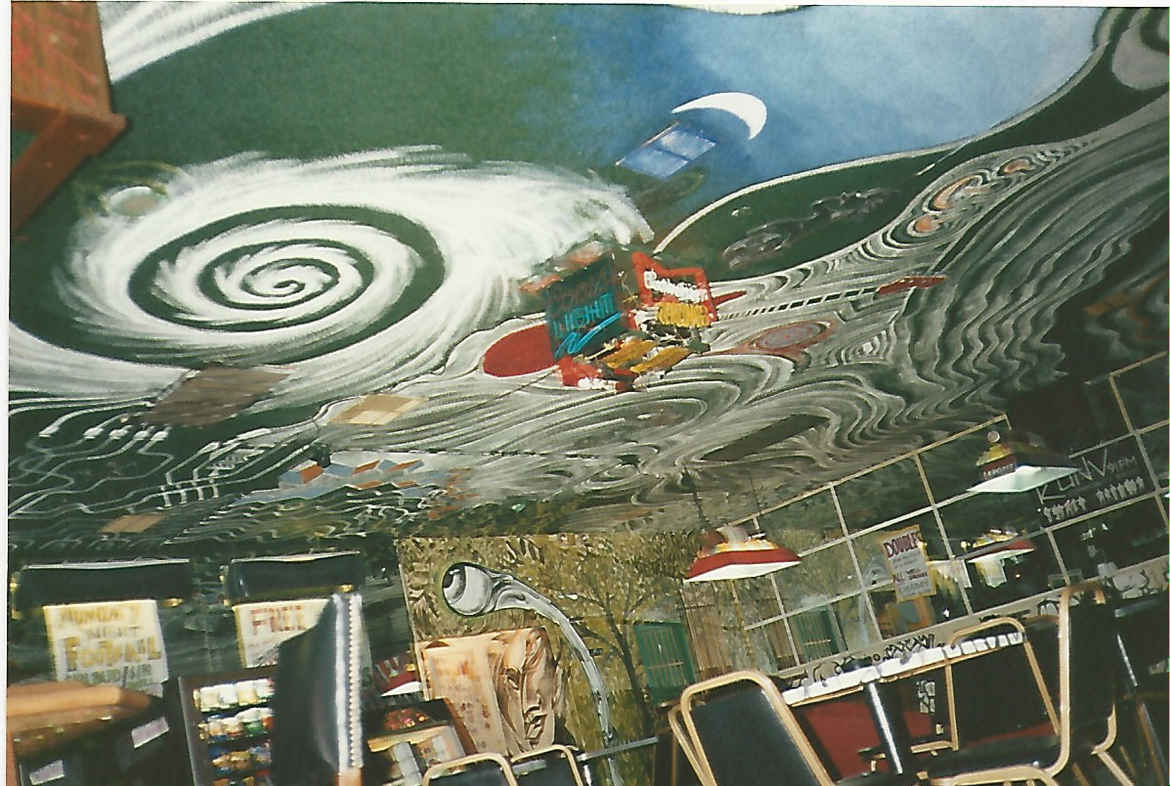 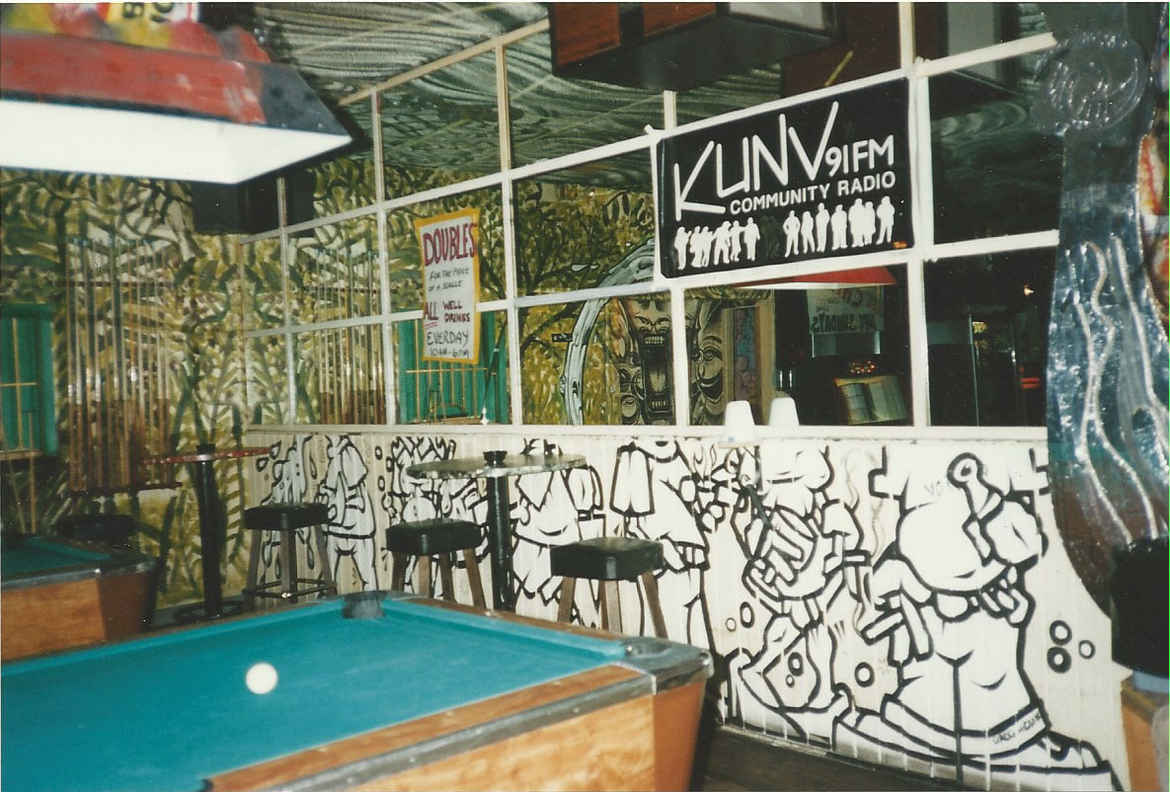 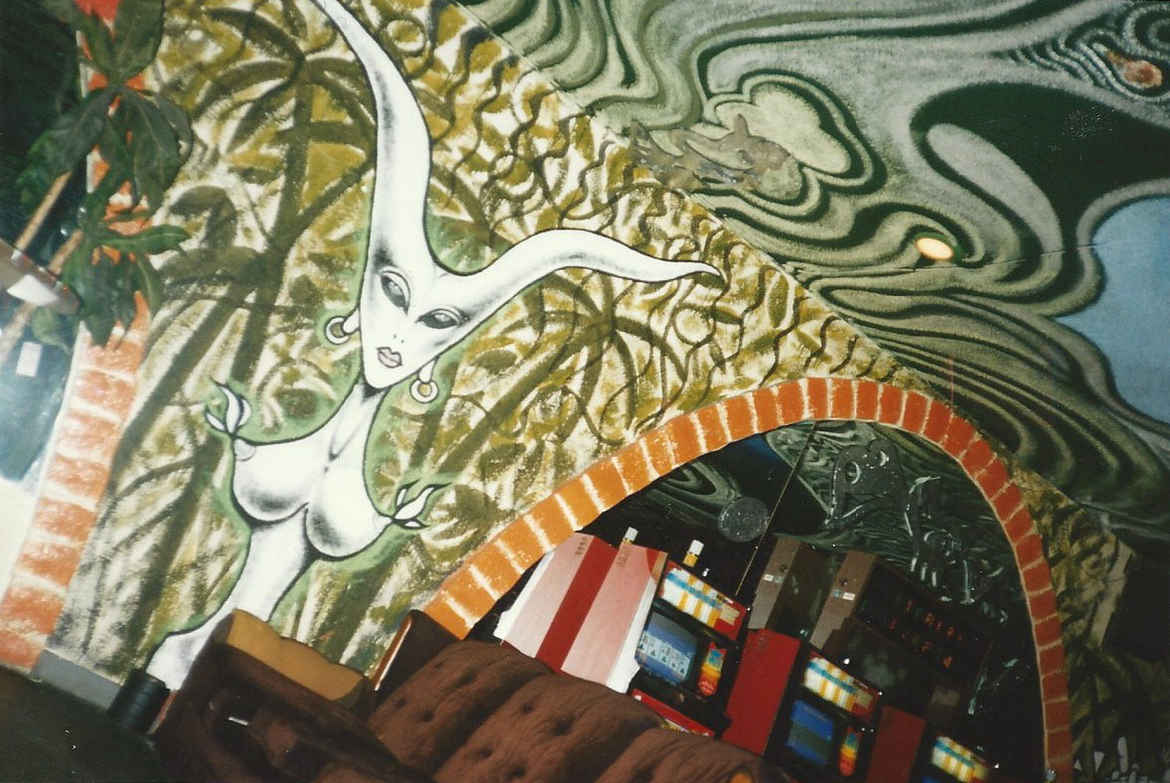 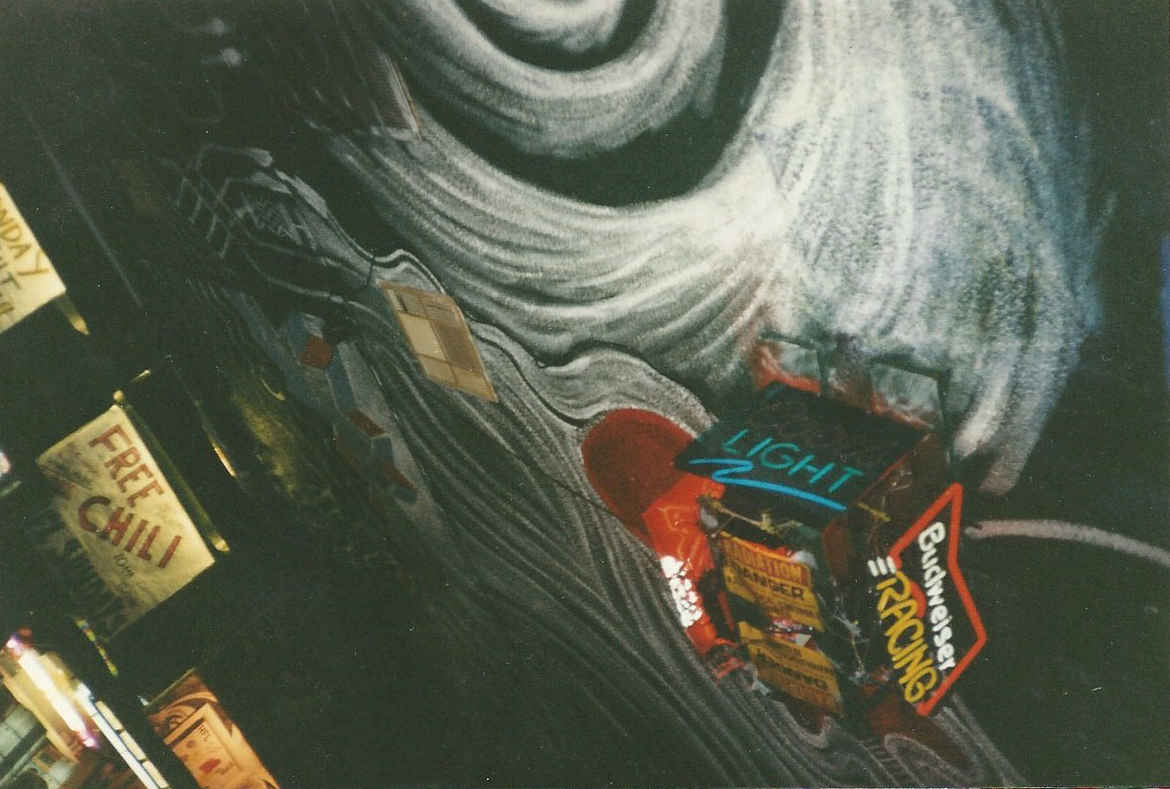 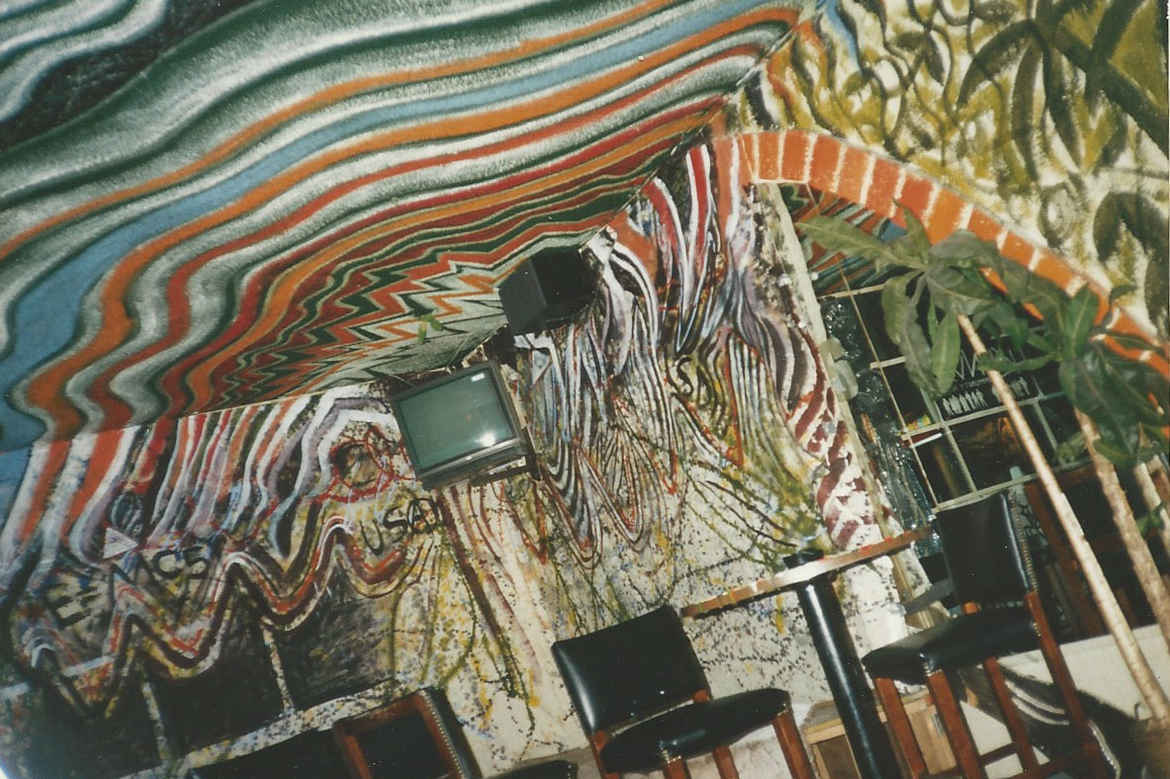 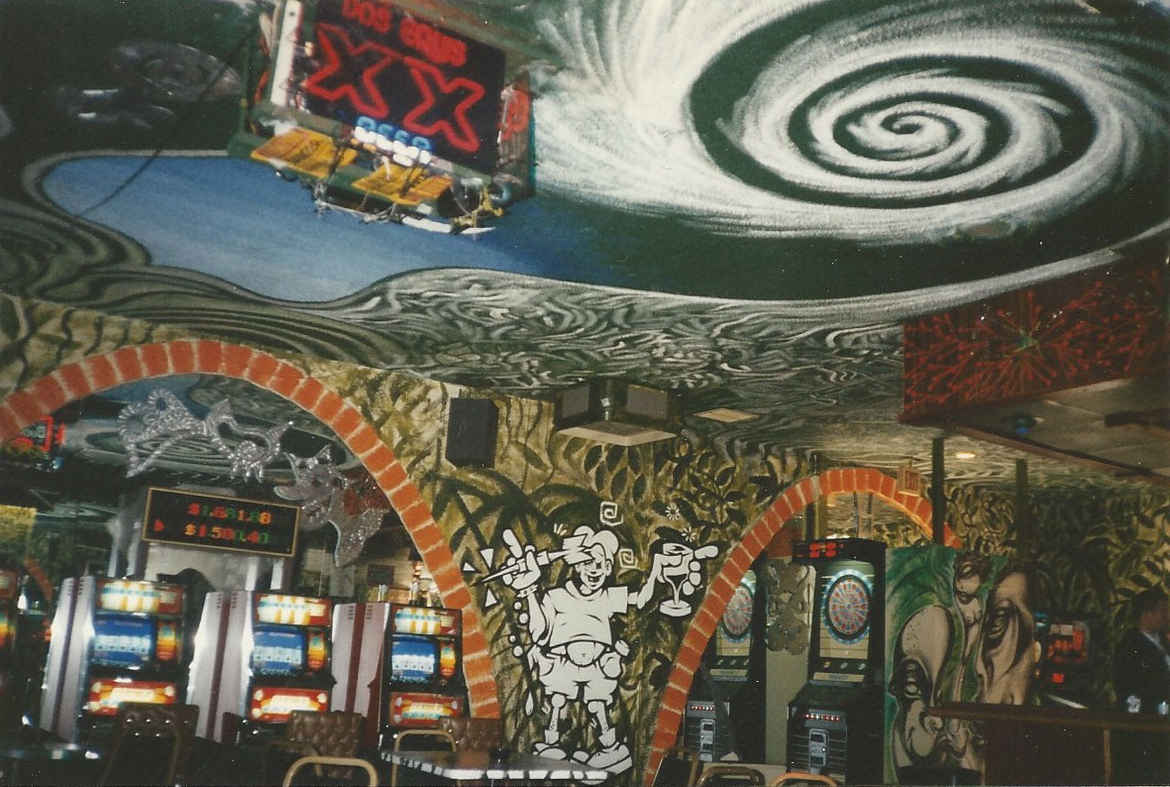 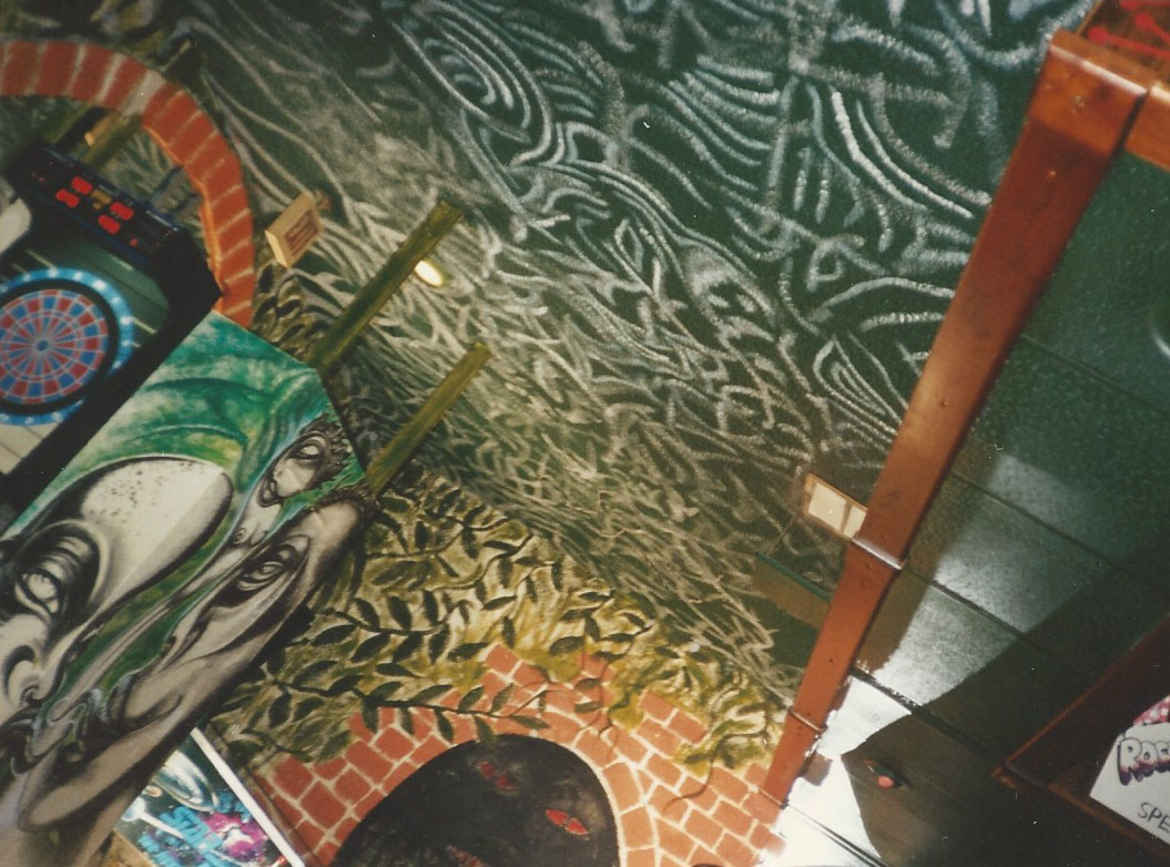 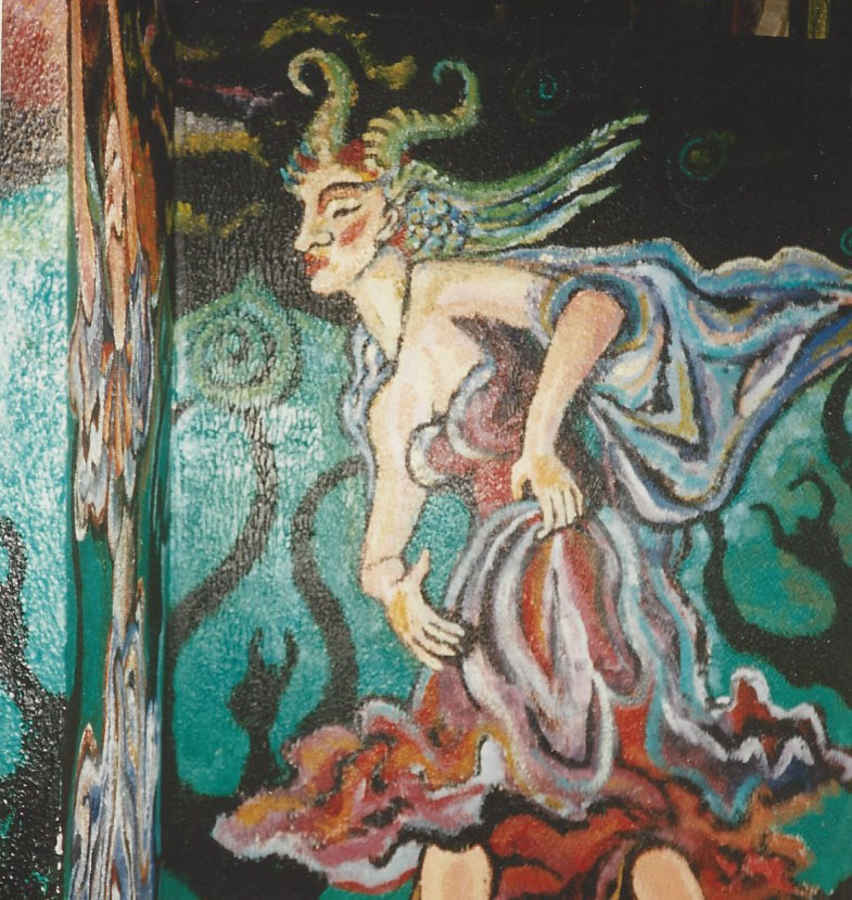 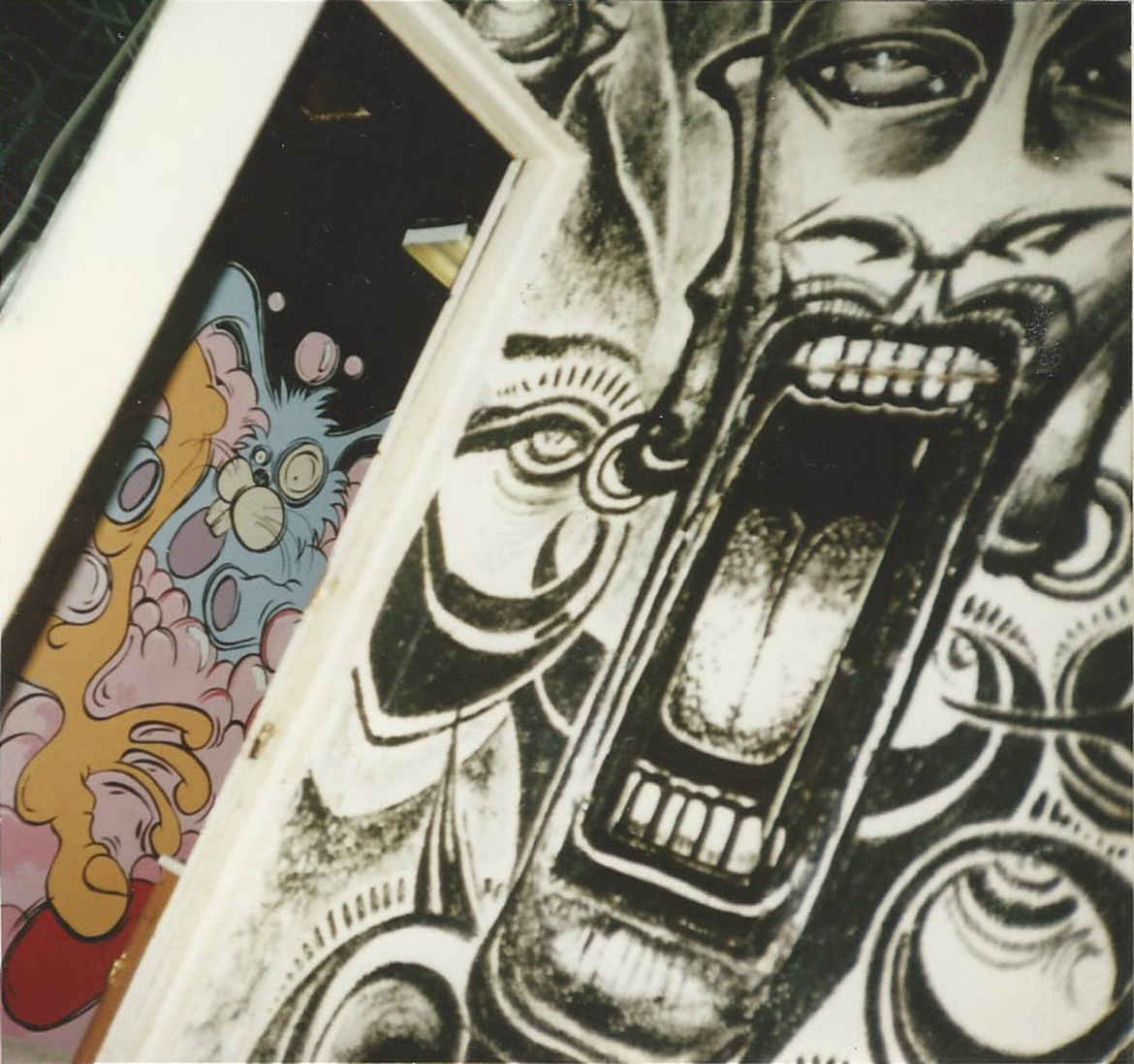 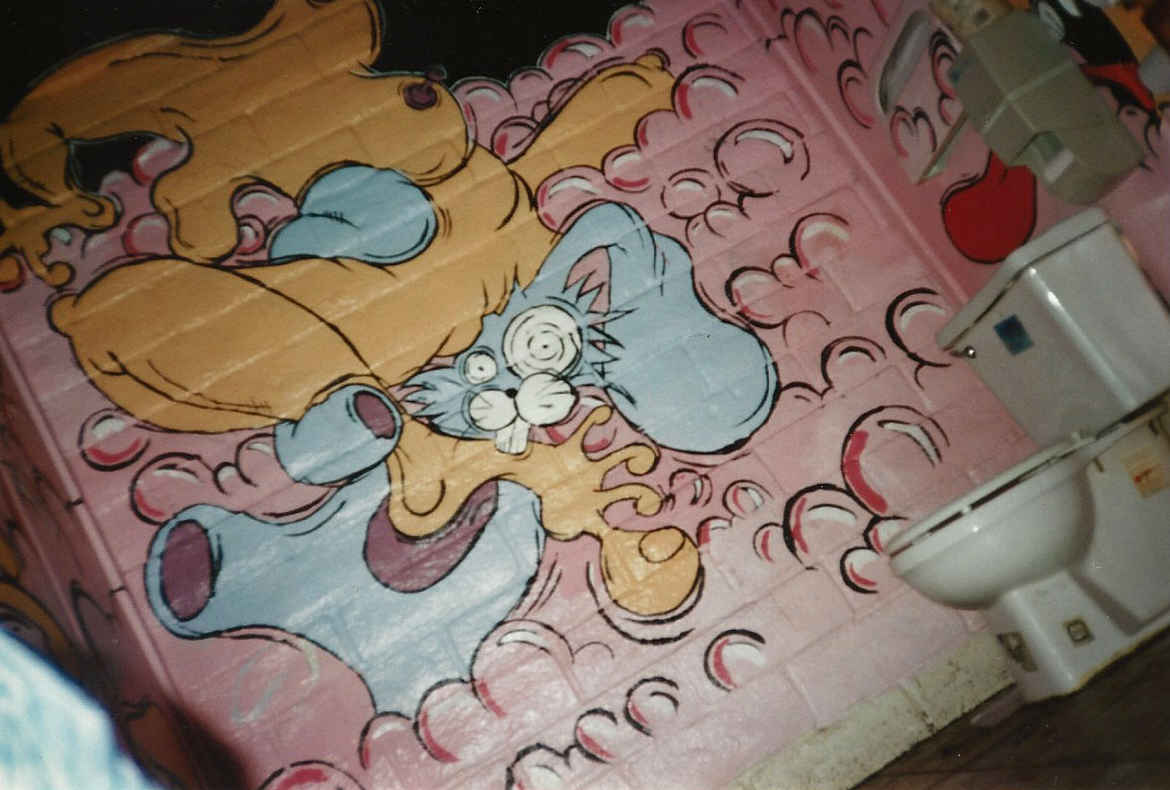