It was too harsh a joke.

In the center of the structure was a hanging inflatable globe. If people organized themselves and fired the air cannons at it in a sequential order, they could rock the earth more efficiently than one person acting alone. But this function was unclear unless people looked inside the structure to see it. The piece was dark at night and had a dull profile by day; people mostly walked past it without stopping.

The piece worked when I stood in front of it gave a spiel about it. That made it a better prop than a free standing piece.

The lizard/snake screens were the most complicated part of the piece. Perhaps they would find some other usage. 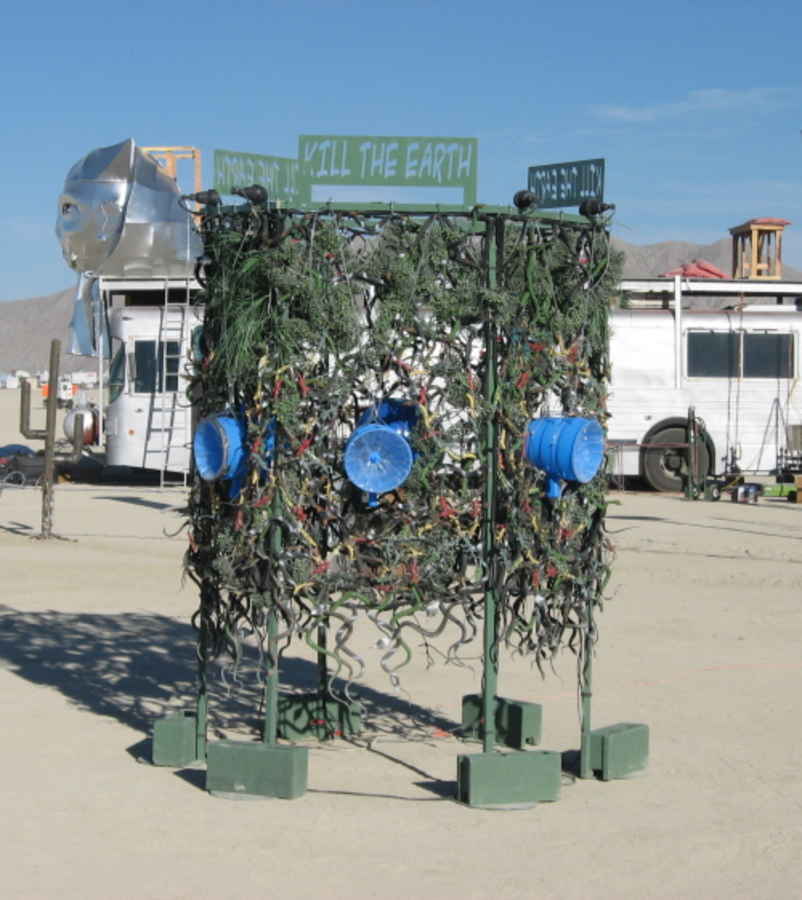 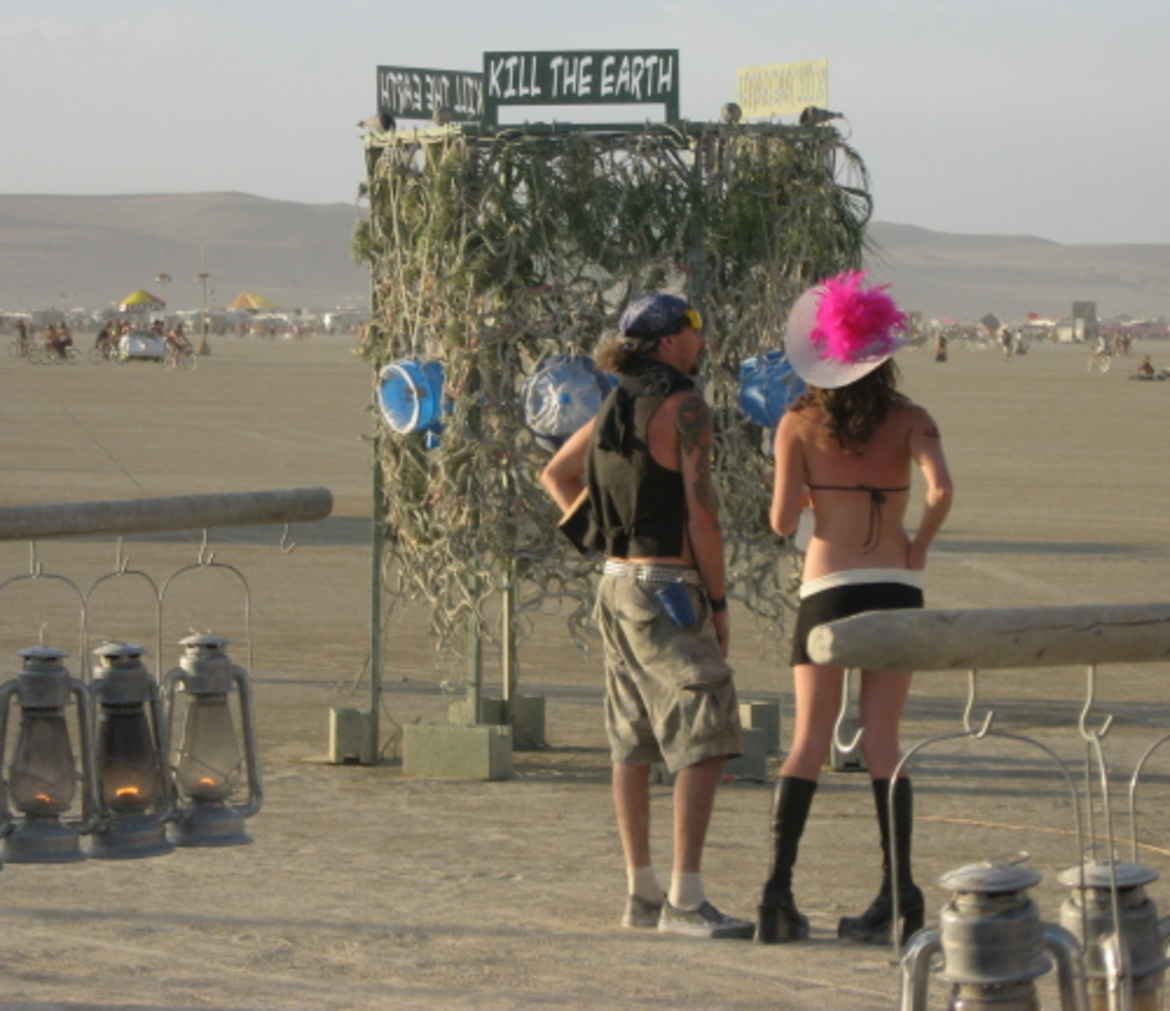 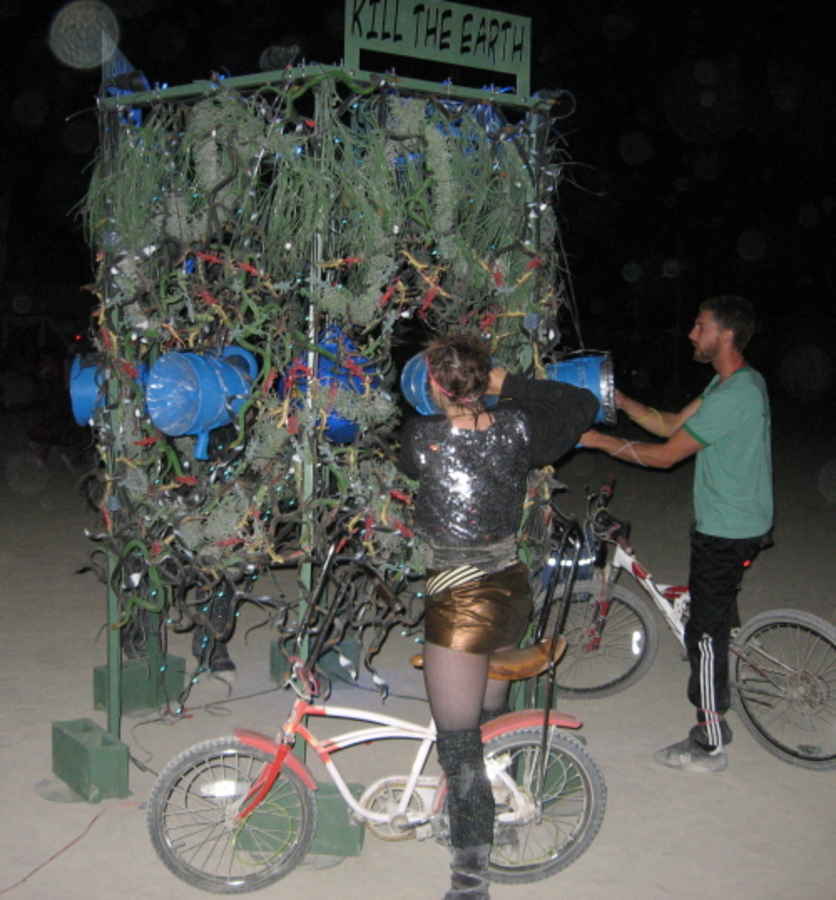 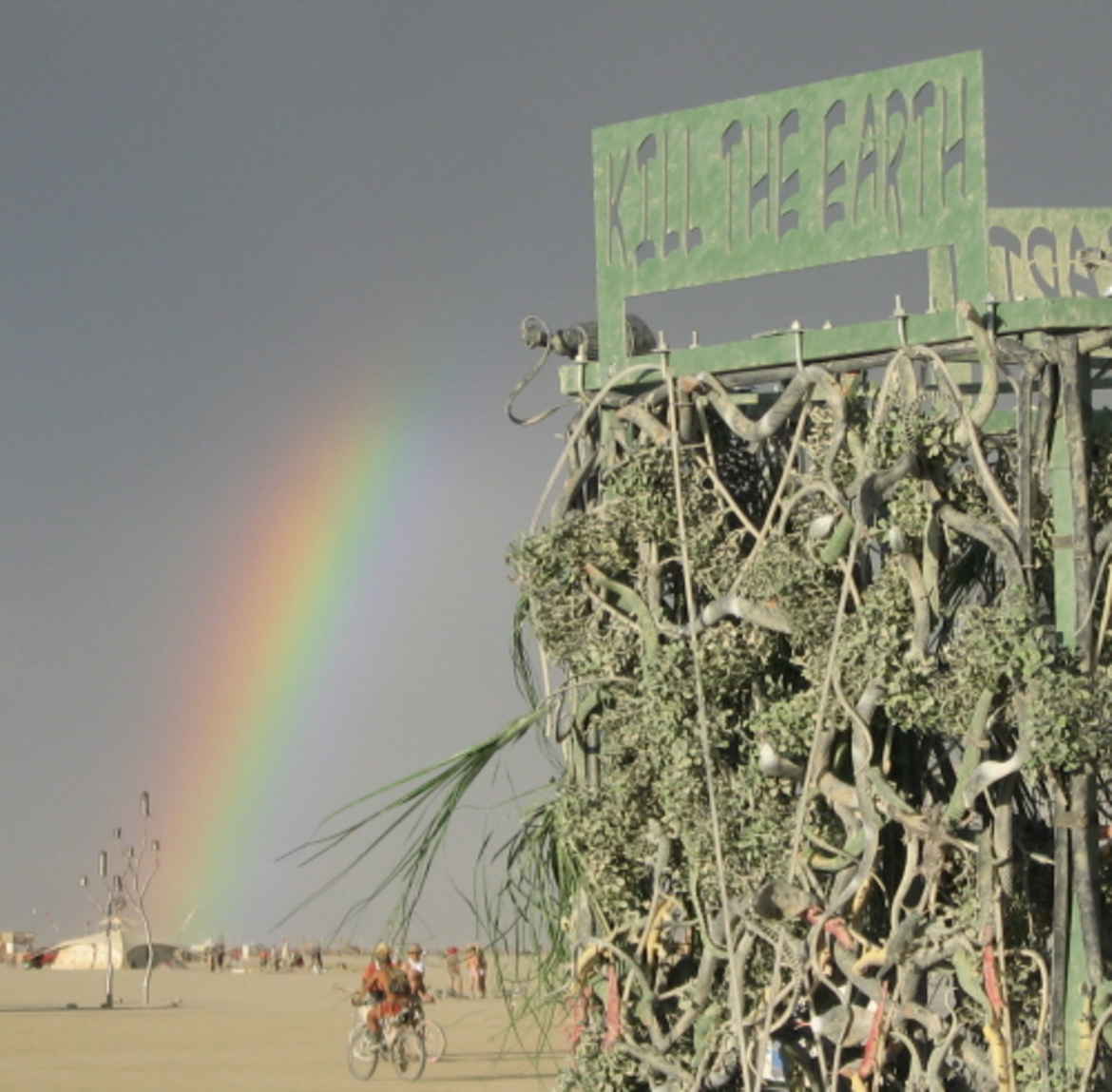