This was my first BRC project in which I had close collaborators both during its design. Chad Brown and Diana Mateer and I, built this one together. We designed a crown to set above the merry go round. It was intended to translate the motion of spinners into something that could be seen, amplifying spinners’ sense of motion. (The Short-Attention-Span-Exercycle, from 1999, was an earlier experiment with this notion.)

Within a couple hours of our setting it up, it was clear that my base design was seriously flawed. It was only just possible that extra welds might make it serviceable. Three days of work with a final thirty hour shift, showed us that we could not make the project work safely this year.

Our solution was to call out the cavalry, BRC’s Department of Public Works, with a fork lift, to tip over the whole installation, to make it finally safe even from vandals. The resulting wreckage had some of the flavor of a burn platform full of cinders. 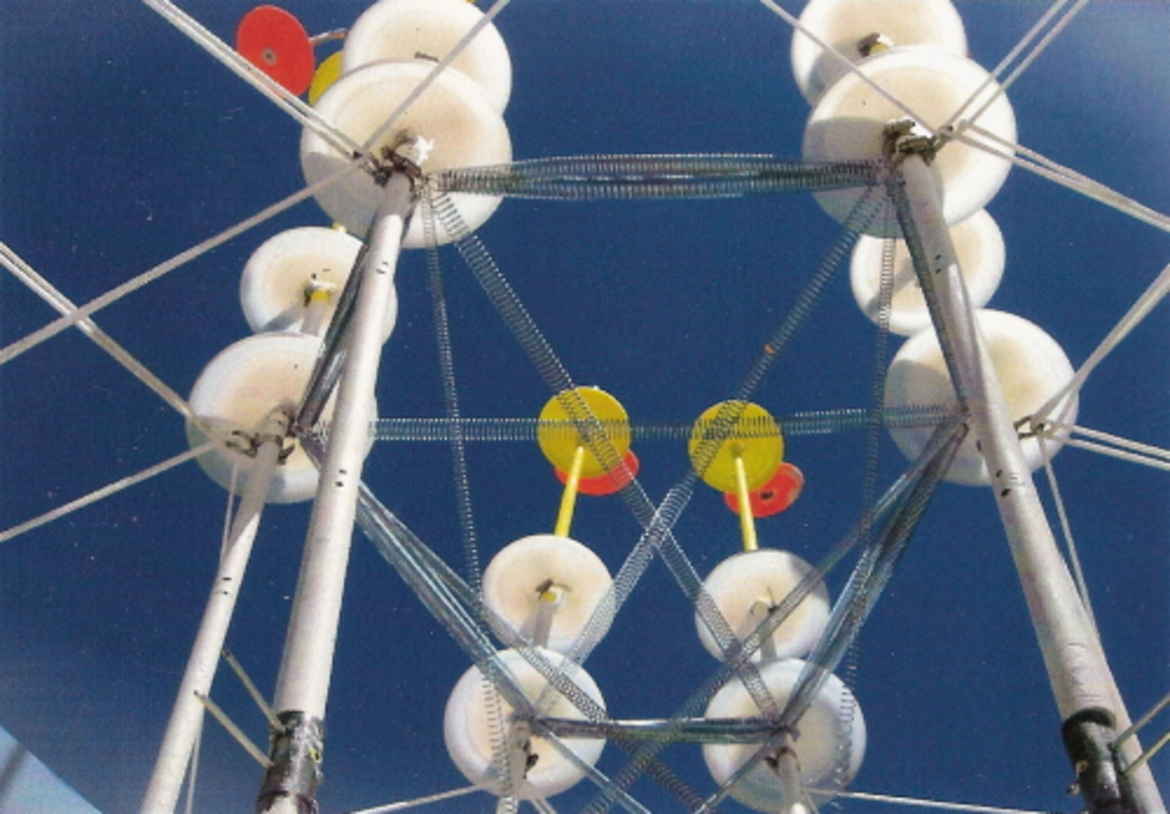 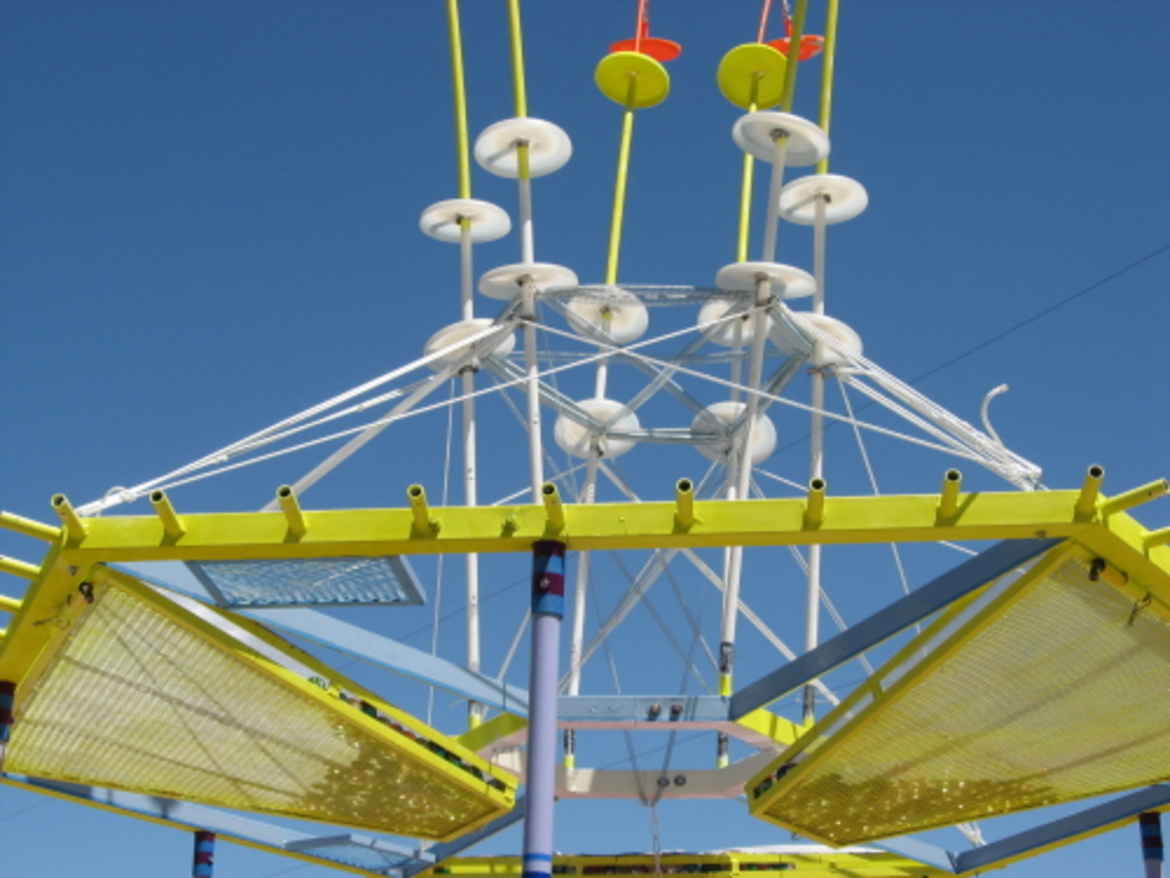 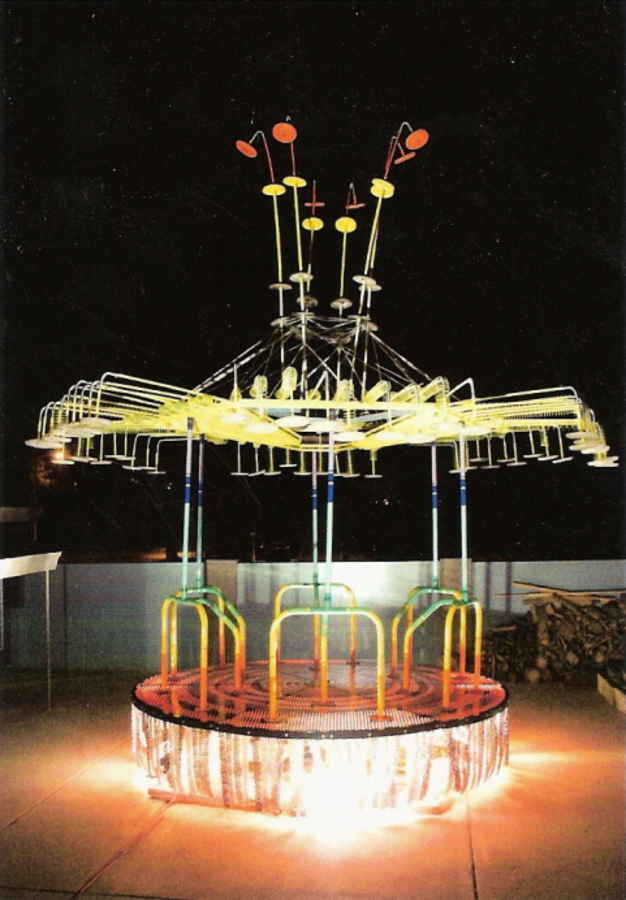 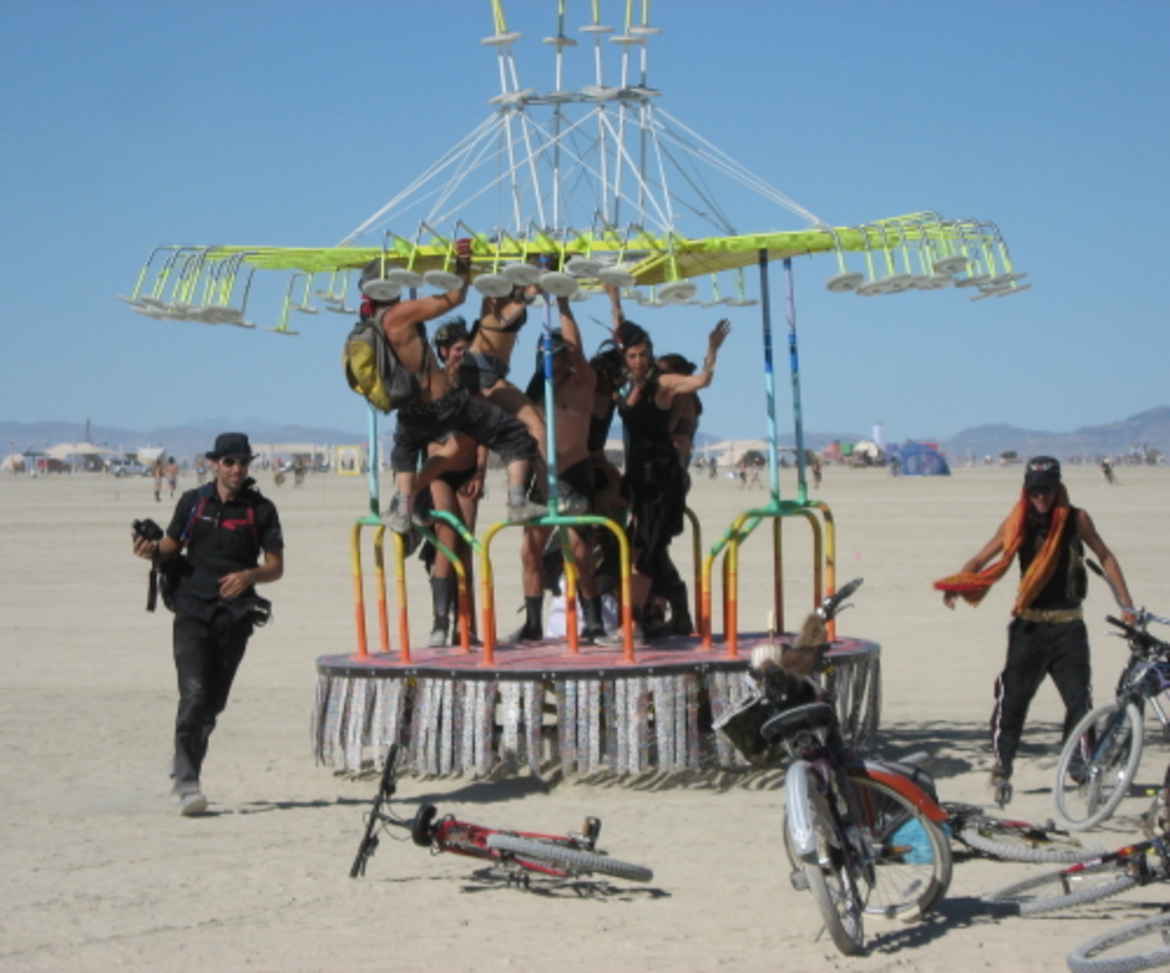 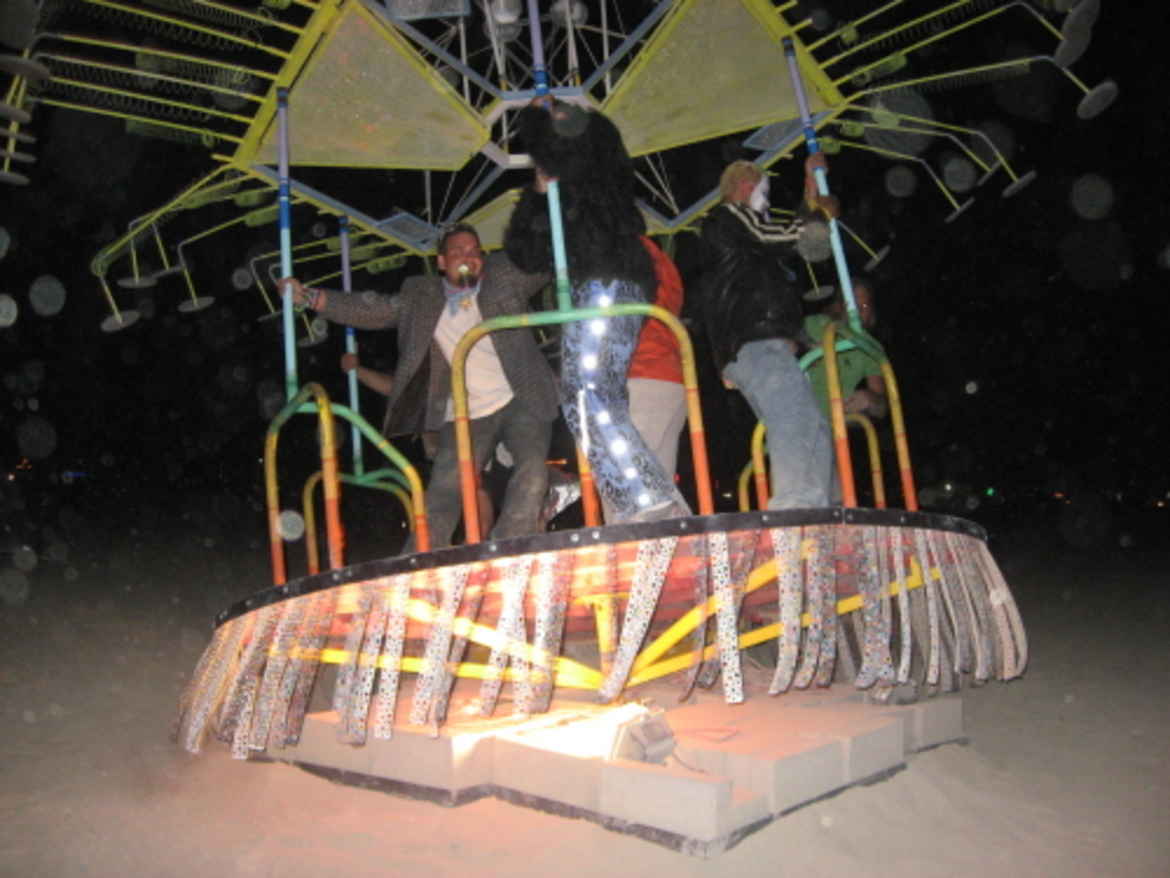 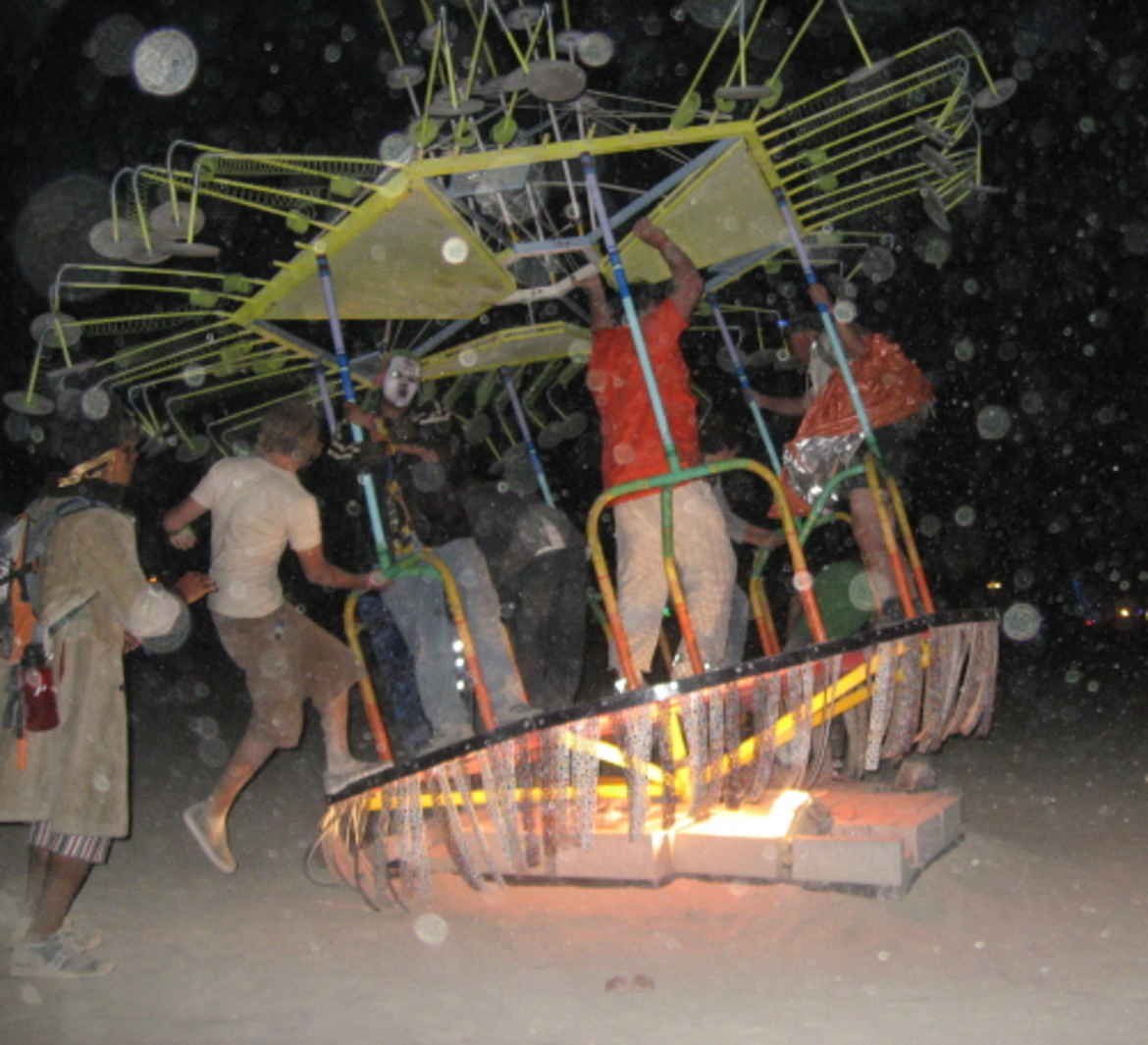 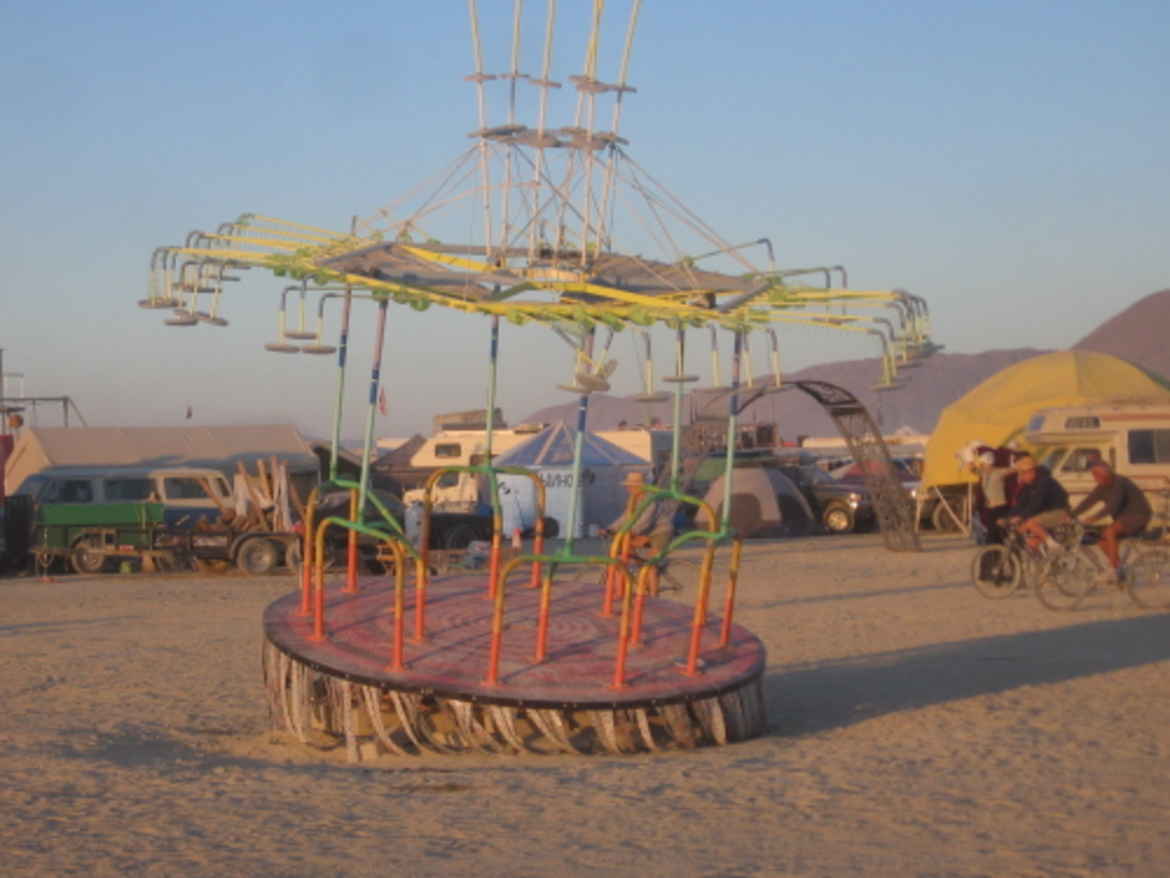 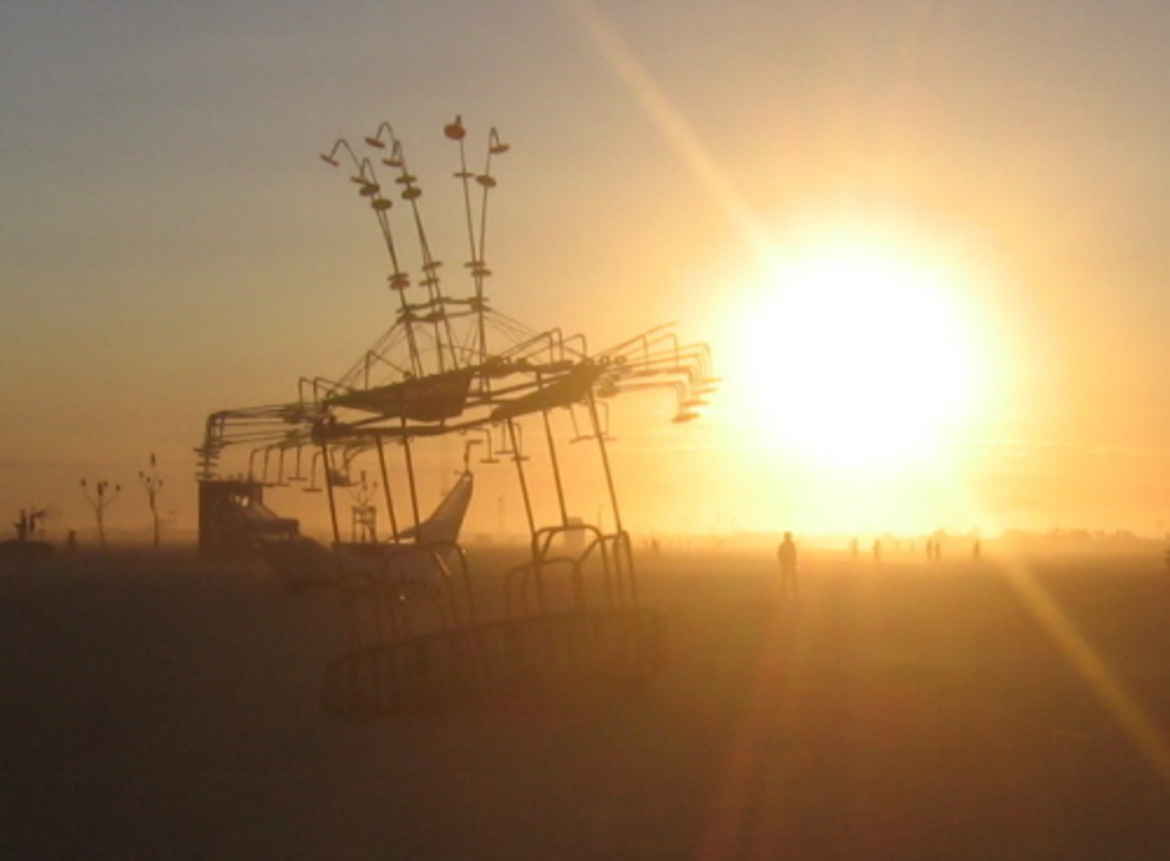