David Maffit, a structural engineer, wholly redesigned the Merry-Go base. Chad and Diana and I redesigned the rest of it, with more flexible elements than we had used last year. With the base redesign, this version of the Merry Go Down held up fine, despite more or less 24/7 usage during the week of the event. It was a tremendous success.

The Jigglator was a more extreme experiment in creating soft architecture; a structure that would be more notable for its sway than for its apparent solidity. As with the Merry-Go-Down, the hope was for the flexible elements to visually amplify the kinetic energy that might be absorbed by the piece.

People would have to decide for themselves how to play in the Jigglator. The vote was to play rough with it. Over the week, the Jigglator disintegrated, barely surviving until tear down. But, as an experiment, it was fine, pointing the way to improving a concept that had shown itself to be worth the attention.

There are shadows of the ’96 Hula Hoop Training Center in the ’08 Jigglator. 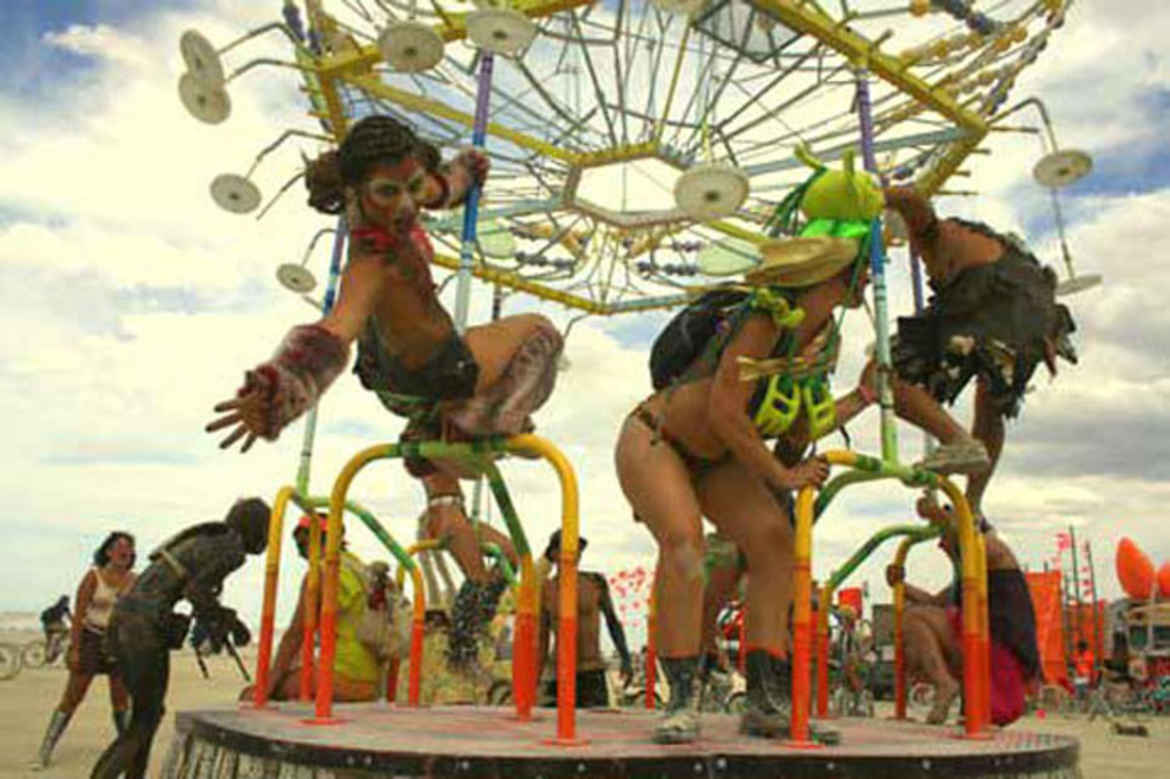 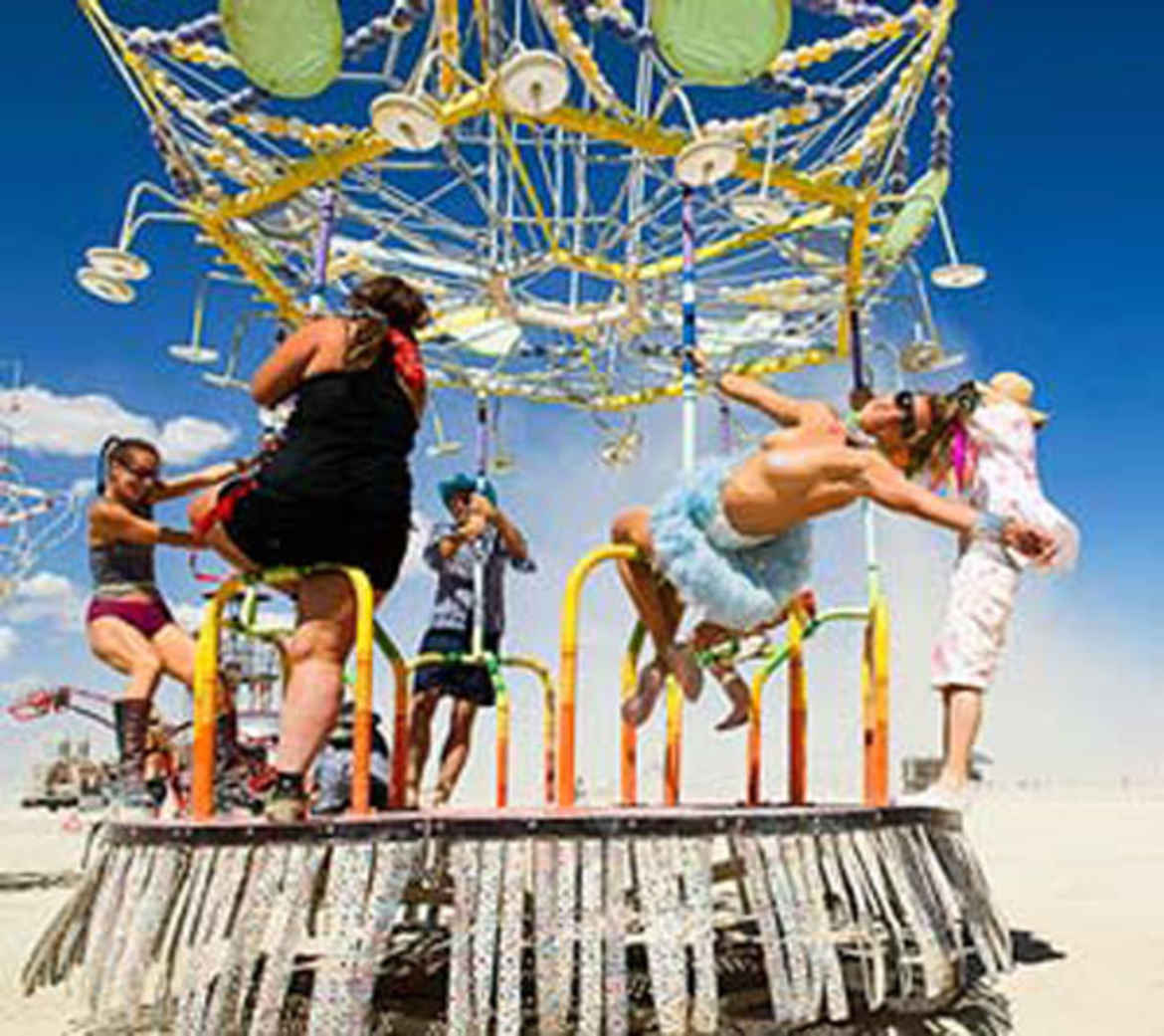 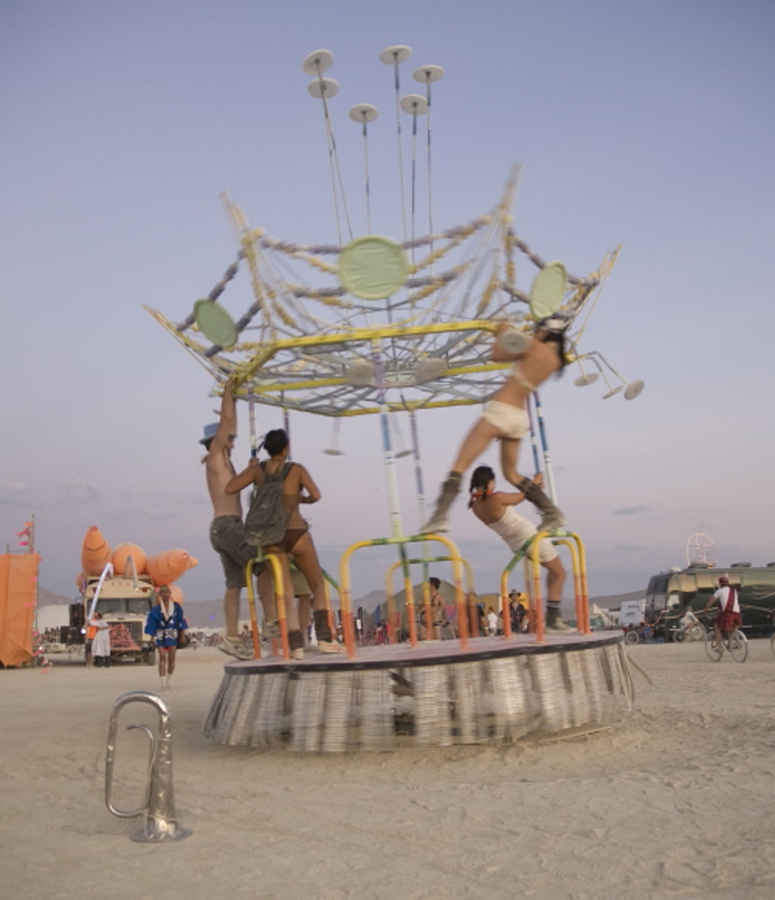 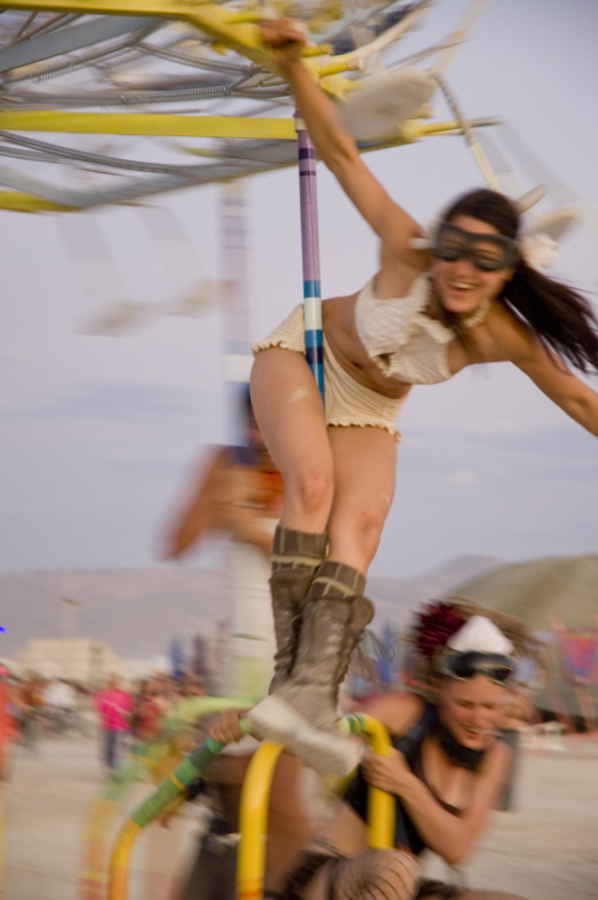 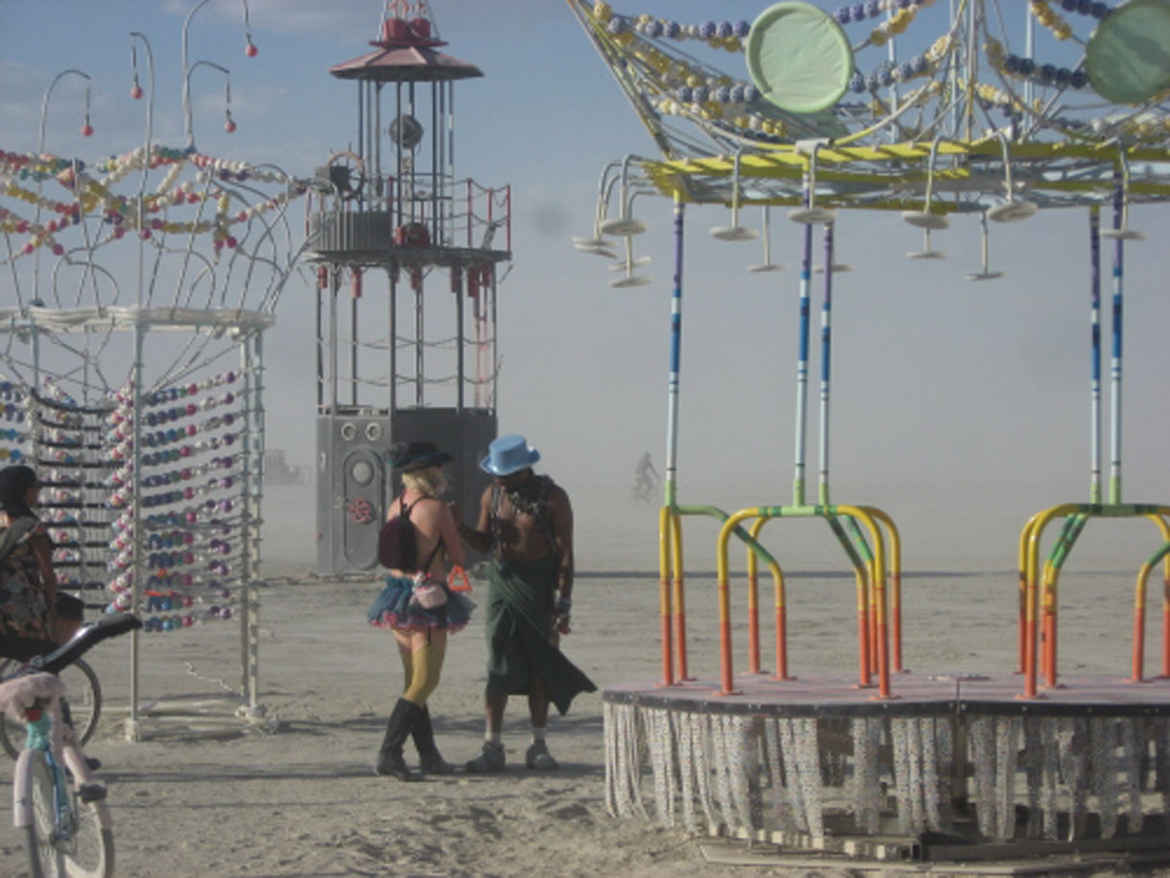 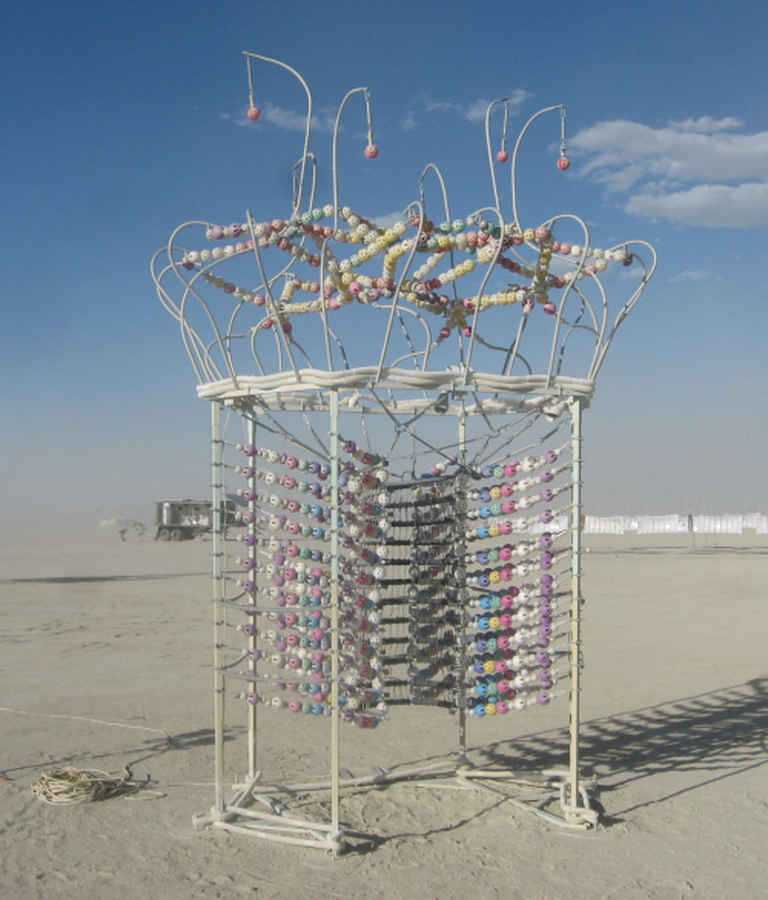 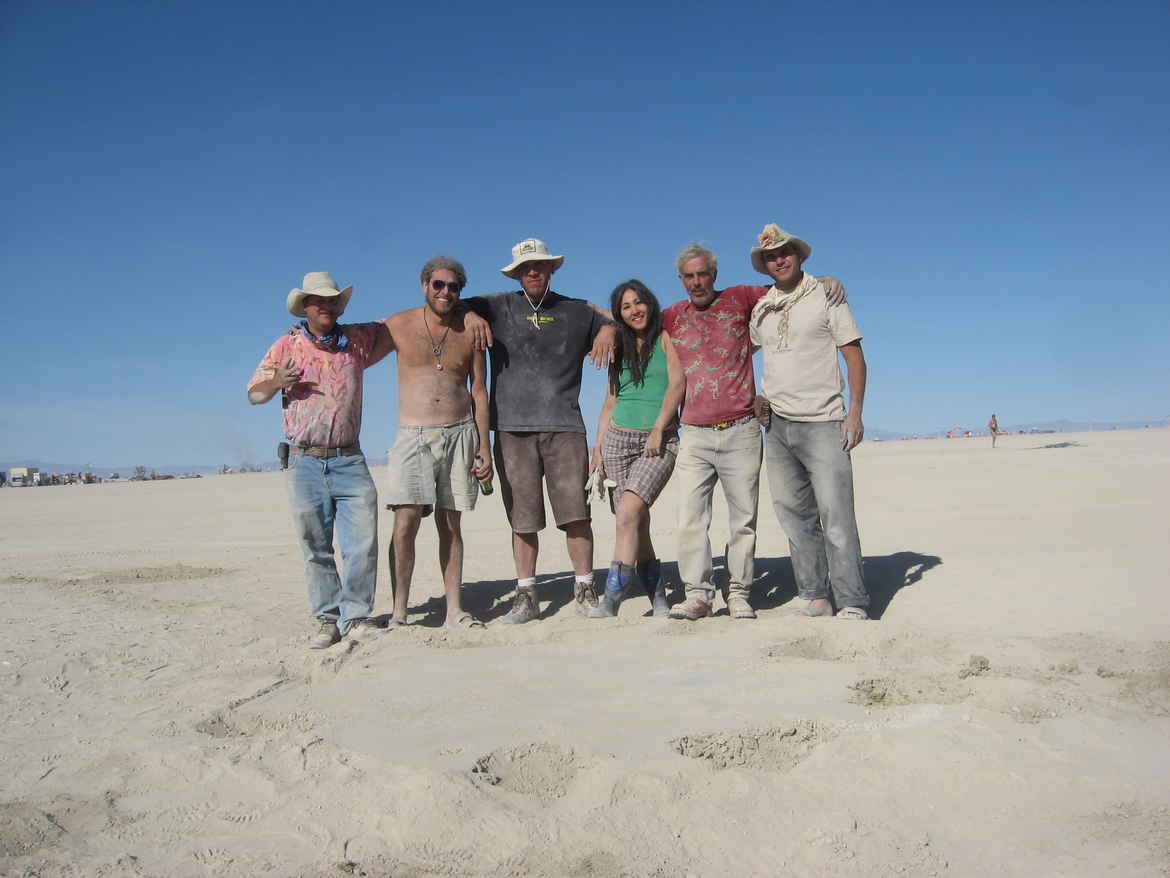